The organisation of an event requires highly qualified professionals prepared to fulfil the needs of a mega event. On many occasions the work covers a short time period, depending on the characteristics of the event. The availability and the commitment of the workers have to be outstanding, in order to deal with unexpected aspects of the event.

Events GB stands out in human resources, recruiting personnel for conferences, congresses and events. Events GB recruits qualified personnel and adapts the diverse profiles of the candidates to the required work functions. We monitor the personnel selected before and during the event, assuring their best performance for our customers. The methodology that our company uses is based on a competence model that allow us to reach the satisfaction of our clients, who can rely on objective, precise and reliable information on personnel skills.

We select and manage, among others, the following personnel profiles:

Our services have been offered in the following events: 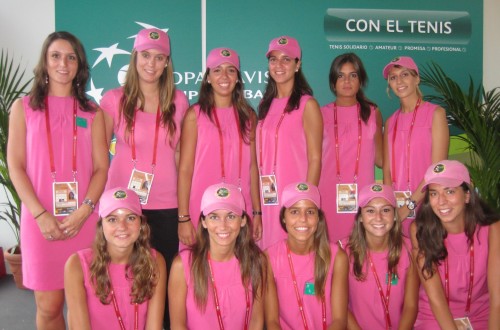 If you are interested in our services you can send us an email to info@eventsgb.com. You can also contact us by filling the following form: